Home → Kratom → How Long Does It Take To Feel The Effects Of Kratom Capsules?

How Long Does It Take To Feel The Effects Of Kratom Capsules?

Kratom capsules, containing a mixture of alkaloids Mitragynine and Mitraphylline among others, are dietary supplements of increasing popularity. Mitragynine, especially, has been reported as producing similar calming effects of other opiates such as morphine.

Kratom can often safely be used to ameliorate withdrawal symptoms from other opioids. Even in 1975, studies showed that ingesting Kratom capsules leads to a prevailing pleasant mood and desire to be active; so it’s not a surprise that it’s emerging as a dietary supplement of choice. Not only does it make you feel good, but it also prompts you to lose weight by becoming more active.

Kratom, essentially powdered plant extract made from the leaves of a Southeast Asian tree, has a number of interesting properties and has been traditionally used by native Malayans for a long time. While it’s noted that the leaves can be chewed, smoked, brewed in tea or powdered in capsules to feel the benefits, powdered Kratom capsules appear more prevalent in the U.S. and Europe, partially due to the ease of ingestion and transportation.

How long after short term ingestion will you feel the effects of Kratom? 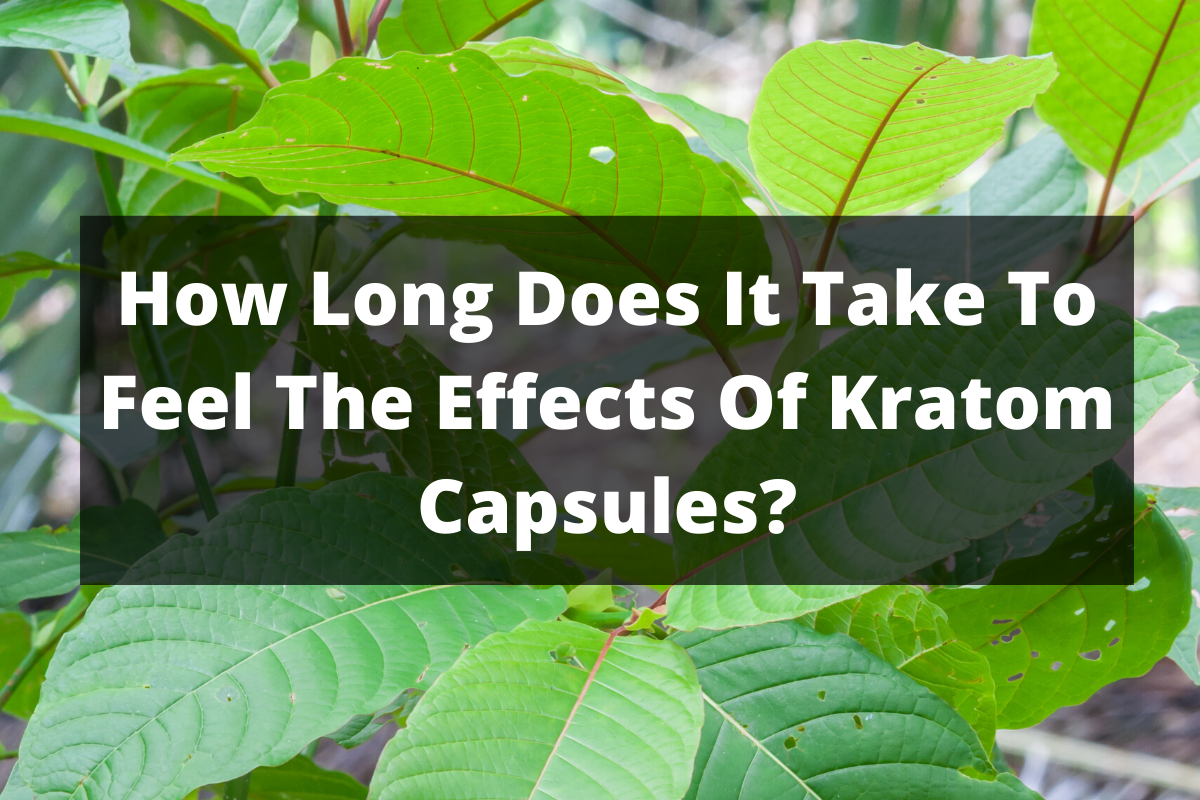 The full effect can be experienced within 30 minutes, but it’s worth noting that since the powder is ingested in a capsule form, it may take a little longer than ingesting the powder directly. This is because your stomach will need to break down the capsule itself as well as the contents.
Kratom capsules are available in multiple dosages and the length of time that you feel the effects is also affected by the strain of Kratom in the capsule as well as by the regularity that you take the supplement.

Read More  What Does Kratom Do? Ultimate guide of kratom effects & dosage

A high dose of Bali Kratom is considered to be up to 8 grams and this may have a much longer-lasting effect than the same dose of another strain.
The average length of time lower doses will affect your system is up to two hours, whilst higher, stronger doses of up to 8 grams can last up to 8 hours. Regular ingestion of any Kratom is said to have the possibility of increasing the length of time you feel the side effects.

Habits such as drinking a lot of water prior to taking Kratom capsules can also decrease the amount of time it takes to feel effects, as does eating a capsule on an empty stomach. If you want to feel the benefits of Kratom quickly and safely, we recommend drinking lots of water beforehand as part of your health regime.